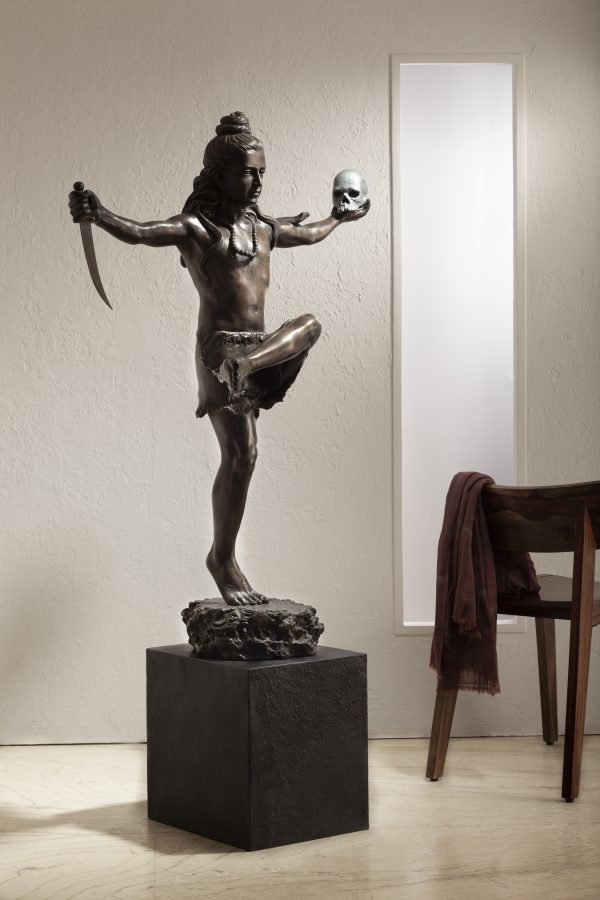 The ancient Images and mention of “Shiva” in various forms have been found in the 5000 year old Harappa civilization, the ancient texts of Rk veda, ancient temples of China and South east Asia, all pointing to the immense impact of Shiva on these human civilizations – perhaps the very first ones on planet Earth.

Shiva seems to be so ancient that he is addressed as a’dideva (the very first), aja (unborn), Swayambhu (self-manifested), Sadashiva (eternal Shiva), Sana’tana (eternal), Sha’shvat and Pura’tana (eternal and ancient). It is likely that Shiva the great preceptor, genius, social reformer was the first manifestation of the kind on Earth, 7000 years ago. And his presence gave a huge push to the human civilization that existed then – the kind of momentum which still impacts our progress collectively as a society and as individuals pursuing subtler aspects of existence.

“Shiva” brings about so many diverse images to one’s mind, which is why he is addressed by many diverse names as well. He is revered as manifestation of welfare (kalya’nsundaram) who could easily consume poison for the welfare of the world; or as a personification of a strict disciplinarian (Va’madeva, Ka’lagni, Pashupati, Rudra, Bhairav) who could severely punish and torture wrong doers; or the embodiment of forgiveness and benevolence (A’shutosh) who could easily love and forgive anyone who came under his shelter (Hara); the most simple one (Bholena’th); or the absolute entity – the zenith of spiritual cognition (Shiva); or the more mundane master of fine arts (Nataraja) – creator of musical octave and raga, creator of the science of dance, the na’tyasha’stra; the Lord of medicine (Baidyana’tha); of life & death (Mrtyunjaya); the first-ever loving family man (a’di dampatti Shiva and pa’rtvati); one who manifests feminine and masculine principles (ardhana’rishwara); the philosophical concept of the self-created (Shiva-linga, Shambhu); the supreme master of tantric and other practices (Yogeshwara, Dhyaneshwara, A’diyogi, A’diguru);  … the list goes on and on.

From the stories associated with him, we see that his followers were from various races, gender & strata of the society (Aryan Parvati; Austrico-Negroid Kali & Ravana; Mongoloid Tibetans; master of the ghouls – Bhoothnath). From this perspective he is a social unifier.

There is no doubt why he is also called Maha’deva (greatest of all Lords), Akshyaguna (limitless in attributes), Sarvagunanvita (with all attributes) and Gunatiita (beyond all attributes).

In most images of Nataraj (the king of dance), Shiva is shown as performing the tandava dance. This dance form was created by Shiva. It is art-form, a tantric practice as well as an invigorating exercise.

The táńd́ava dance is an all-body exercise vigorous exercise, invigorating the brain, the nerve cells, the adrenal gland and the lymphatic system. At the psychological level, it results in development of fearlessness, courage and vigour.

“Completeness in human life is brought about through struggles and clashes. One who loves struggle, will have to wade through struggles, and one who does not like it, will also have to pass through struggle. One cannot afford to avoid struggle.” – With this spirit tandava dance was invented as a valuable tool for physical, psychic, individual and social development.