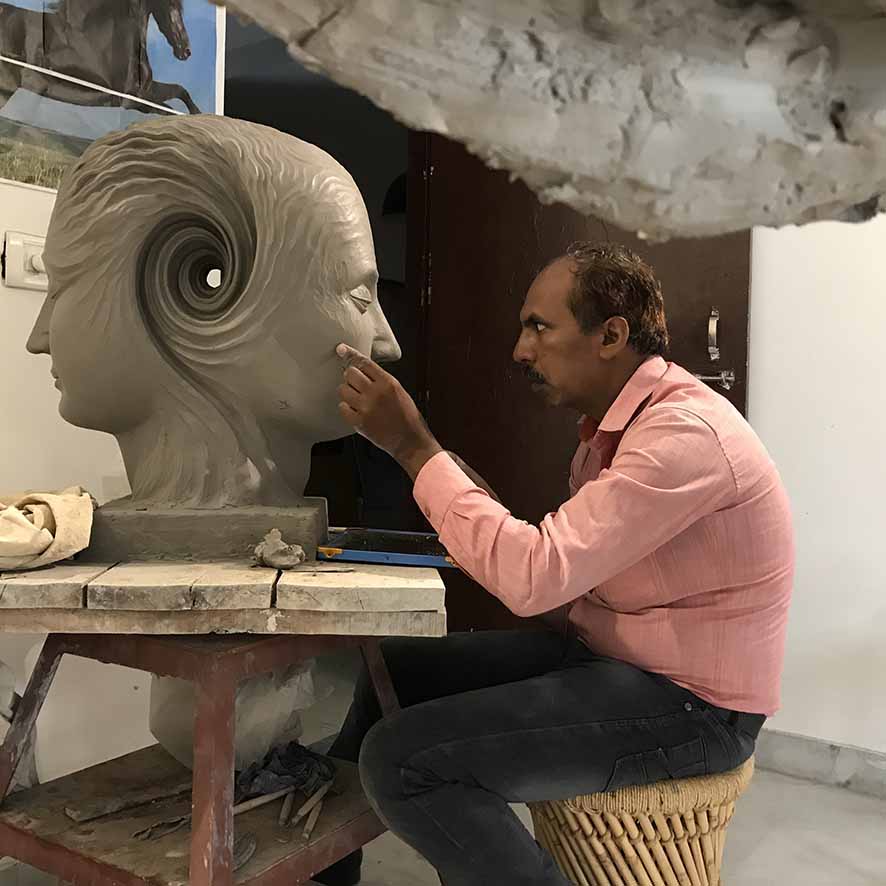 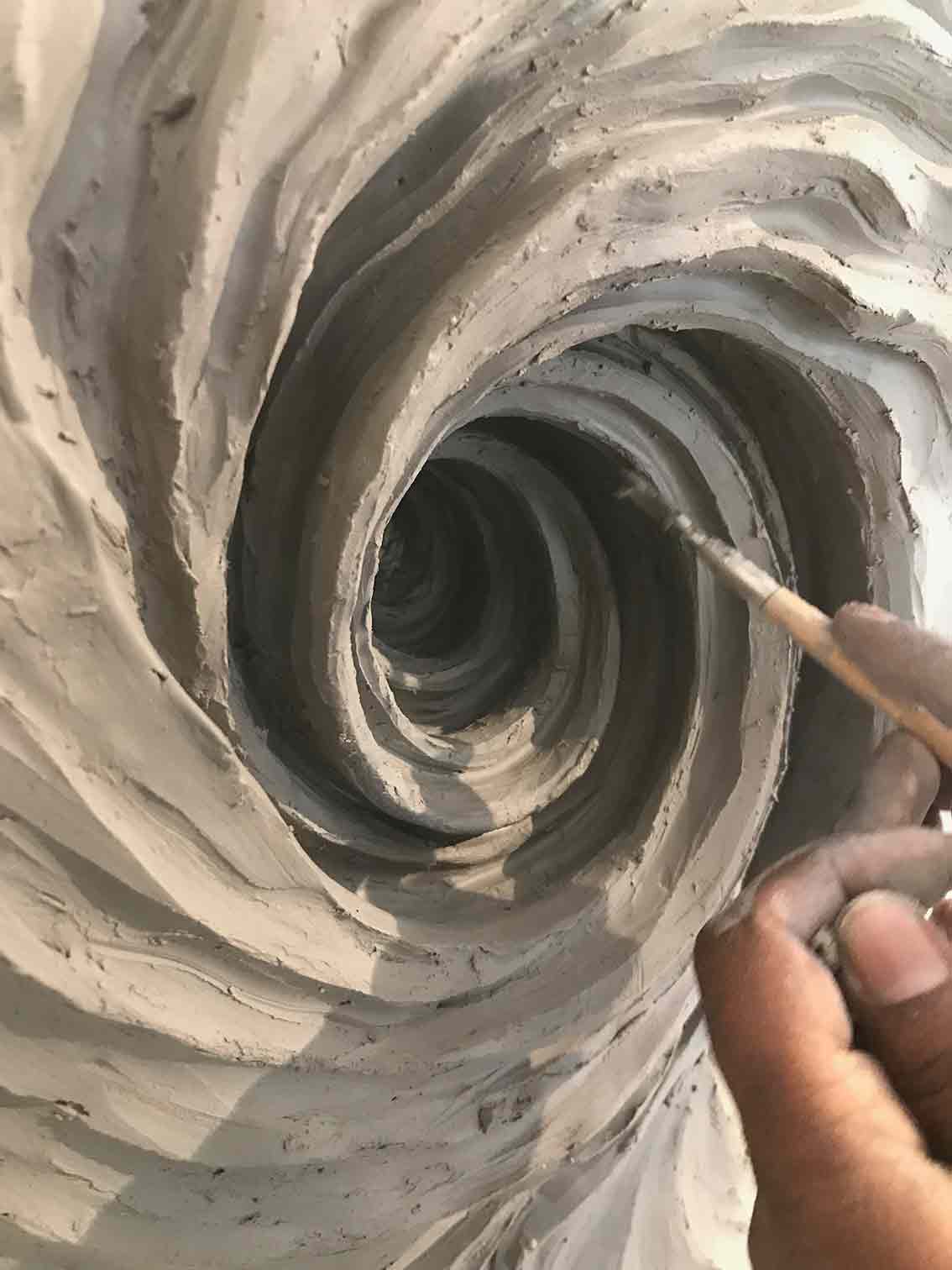 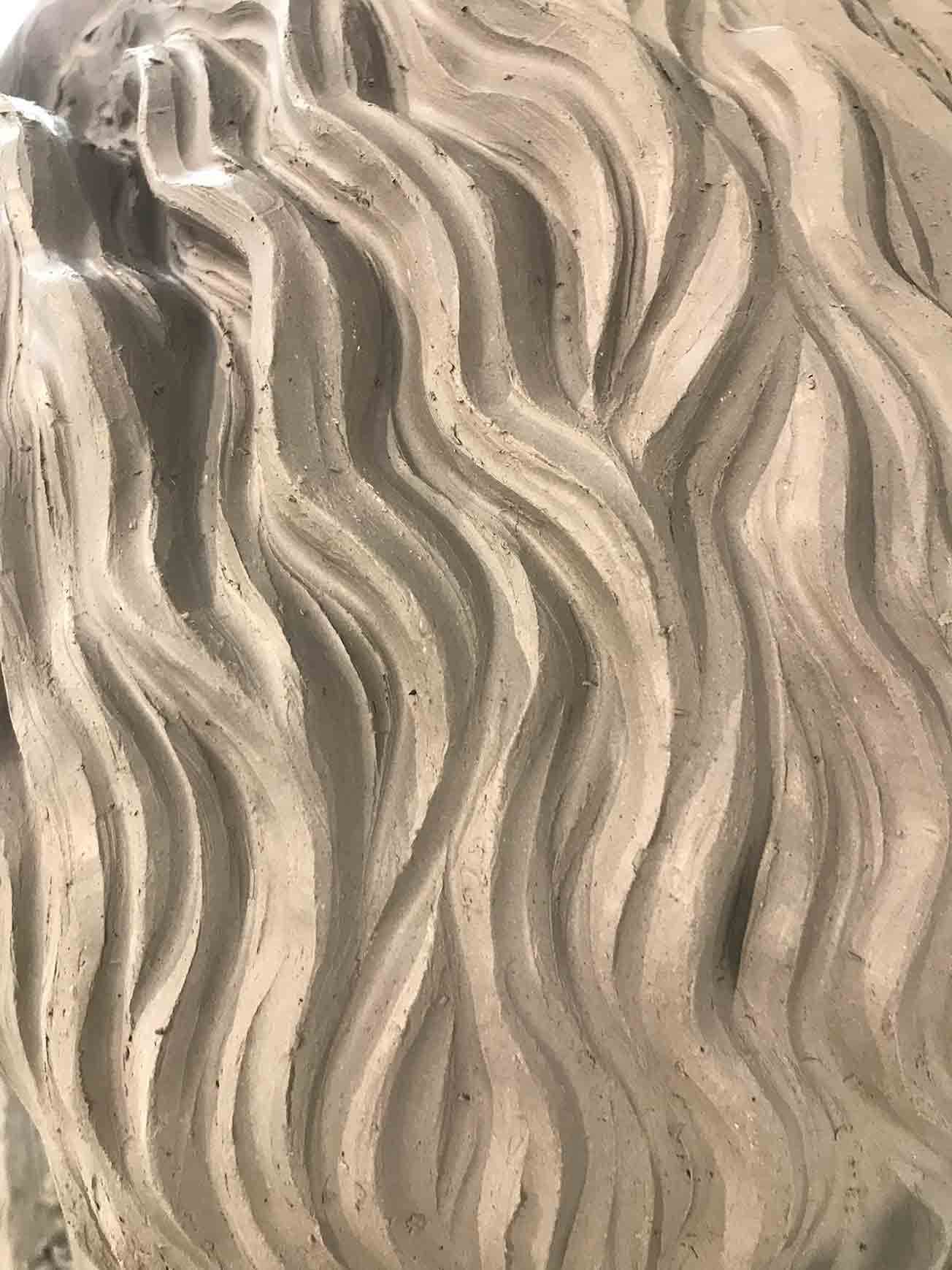 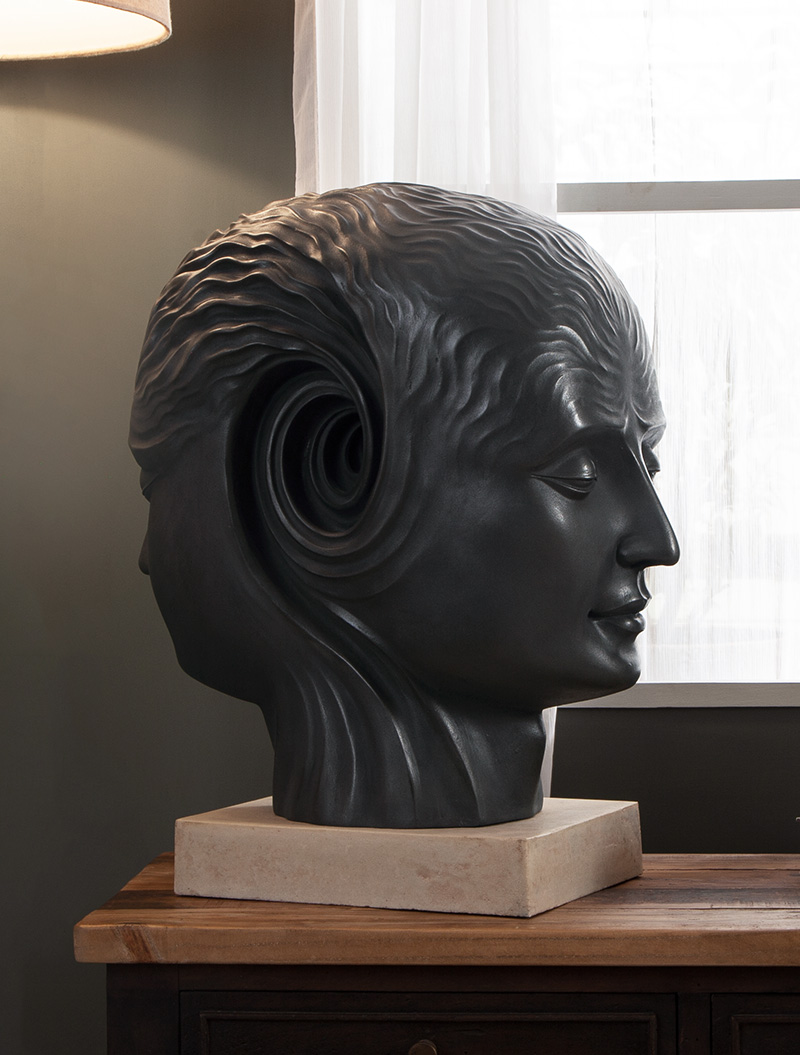 Brahma (Cosmic Entity) is the composite of Shiva (Consciousness) and Shakti (Operative Principle).

The sculpture is an endeavor to represent this esoteric and deep principle of Tantra. The supreme cosmic entity is said to be composed for supreme cognition or consciousness (Shiva) and its operative principle (Shakti), just like two sides of a sheet of paper. One can have no existence without another.

The tantric cosmology perceives the entire universe as being created from Brahma itself, by Brahma itself and dissolved into Brahma itself. That Brahma is nothing but the inseparable union of supreme cognition (Shiva/Purusha) and the supreme operative principle (Shakti/Prakrati). Shiva being represented by a masculine character and Shakti by his feminine counterpart.

Within the unexpressed Brahma shown in the sculpture as the empty lighted space, Shakti lies quiescent, dormant and inoperative, while Shiva is attribution less, not even aware of his own existence. Herein the separate existence of Shiva and Shakti is not there. It is when Shakti starts to operate, binding Shiva by her principles, that Shiva is able express himself through various attributes.

The sculpture beautifully illustrates the forces of Shakti that binds Shiva and gets the universe into existence, at the core of which lies the supreme cognition (Purushottama), and just beyond it lies the unexpressed, bereft of cognition or attributes, the Nirguna Brahma or Nishkala Brahma.

Similar ideas have been also expressed by the dicot seed of a gram or pea. When unexpressed, the seed is a singular entity (Nishkala or without sprout), but when it germinates, creation starts from the union of the two facets (Kala or sprout). 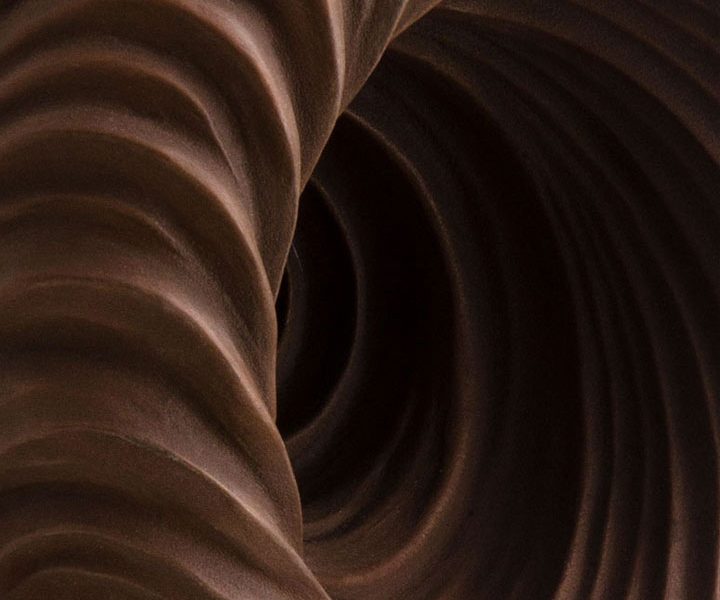 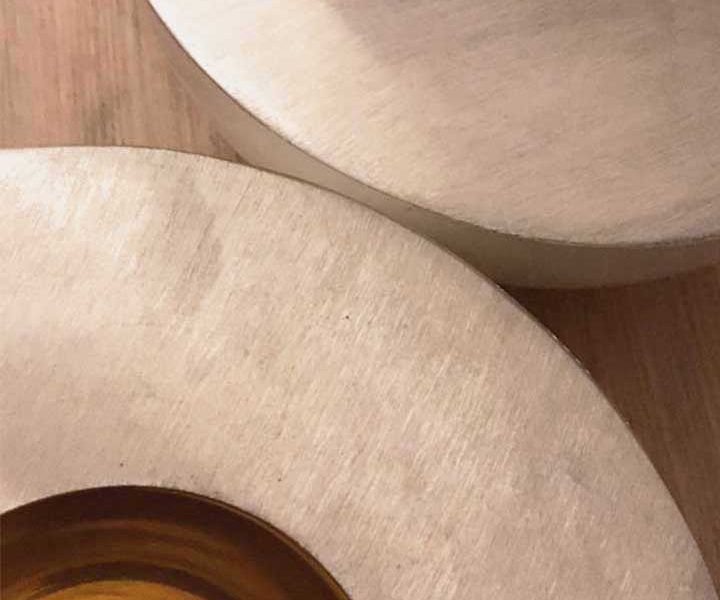 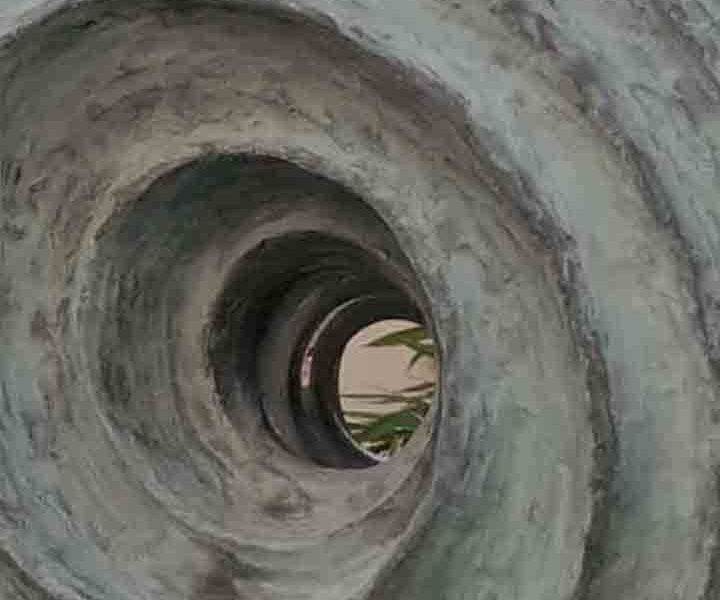 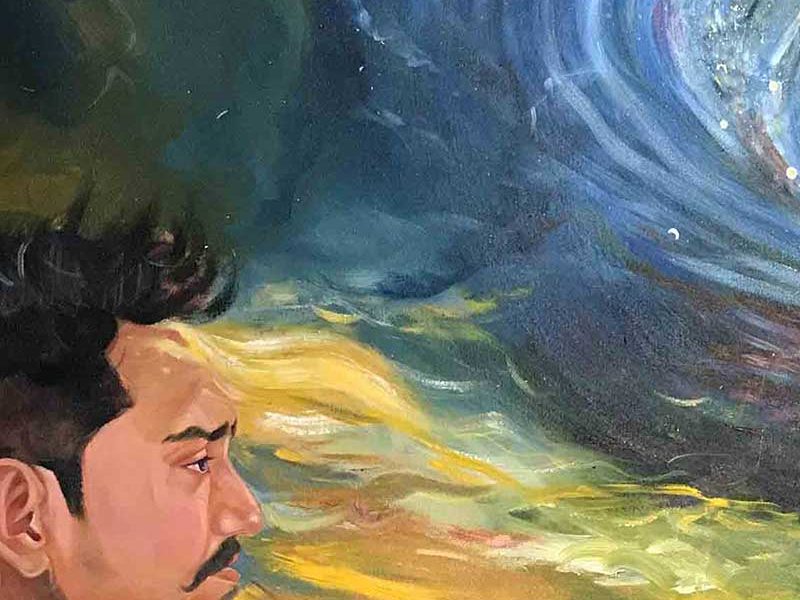 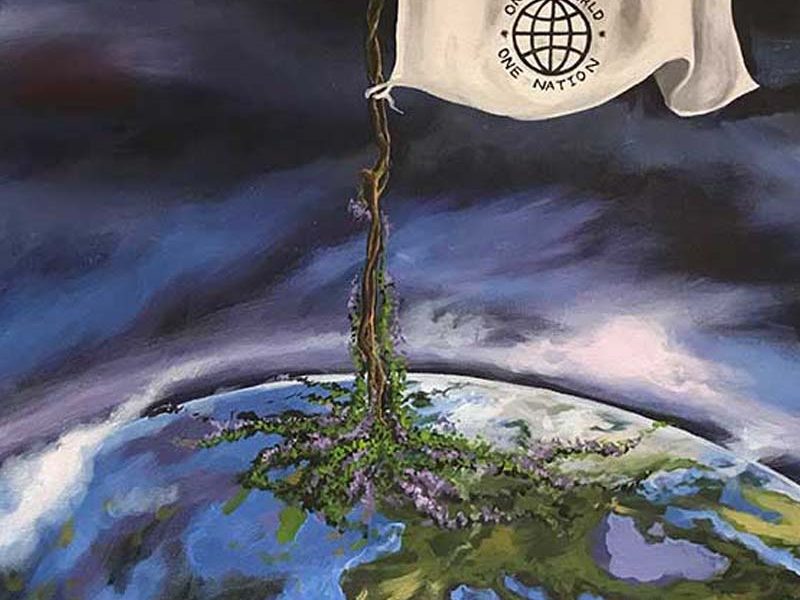 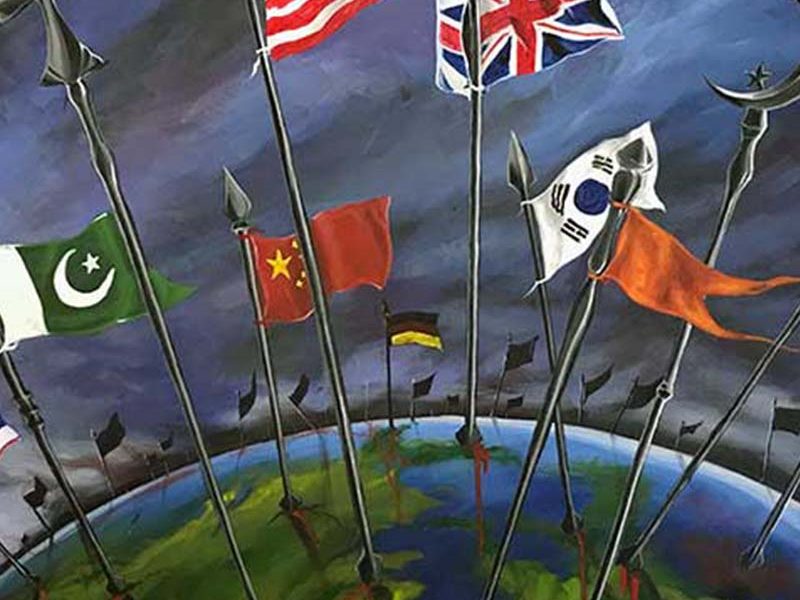