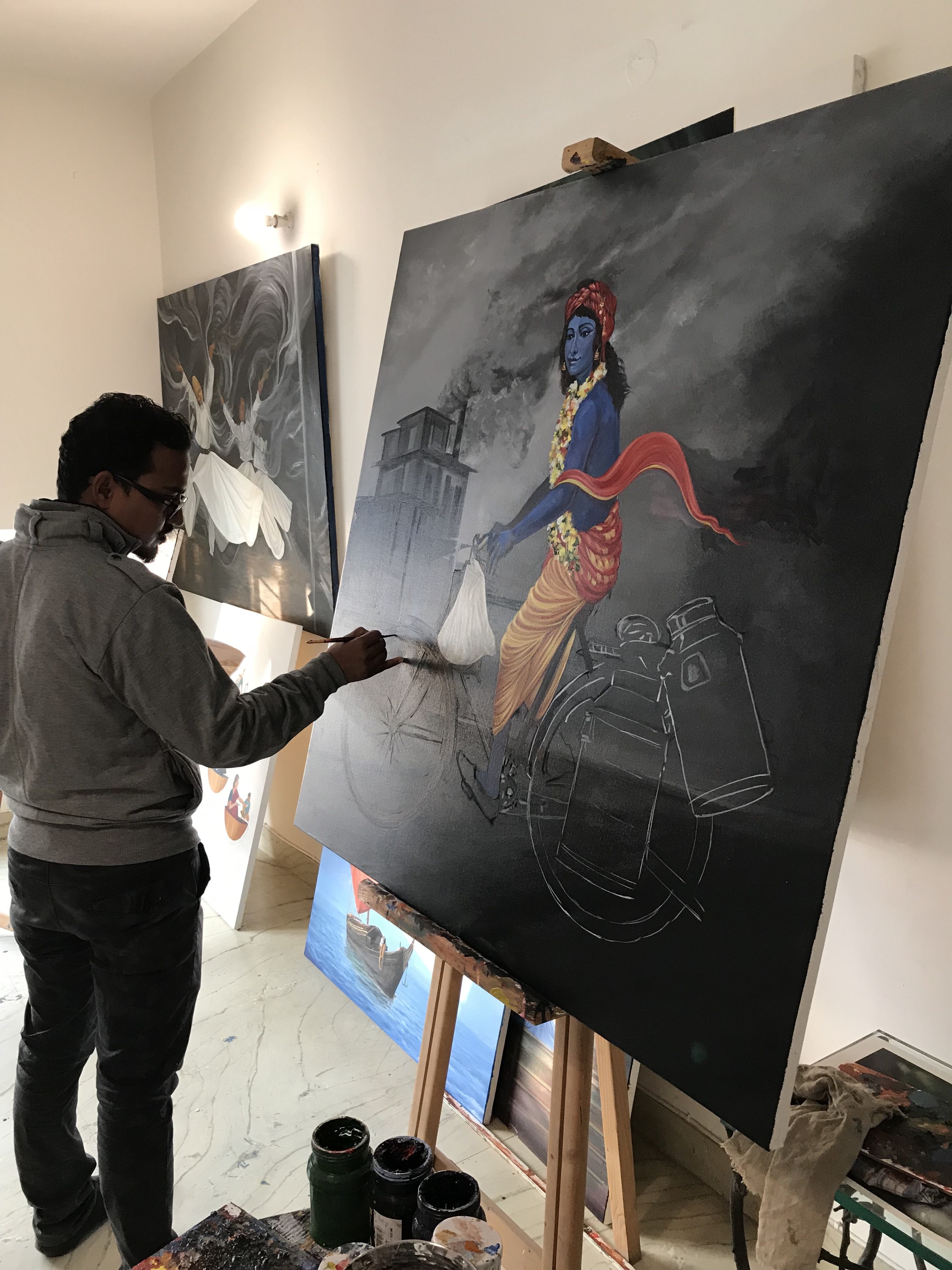 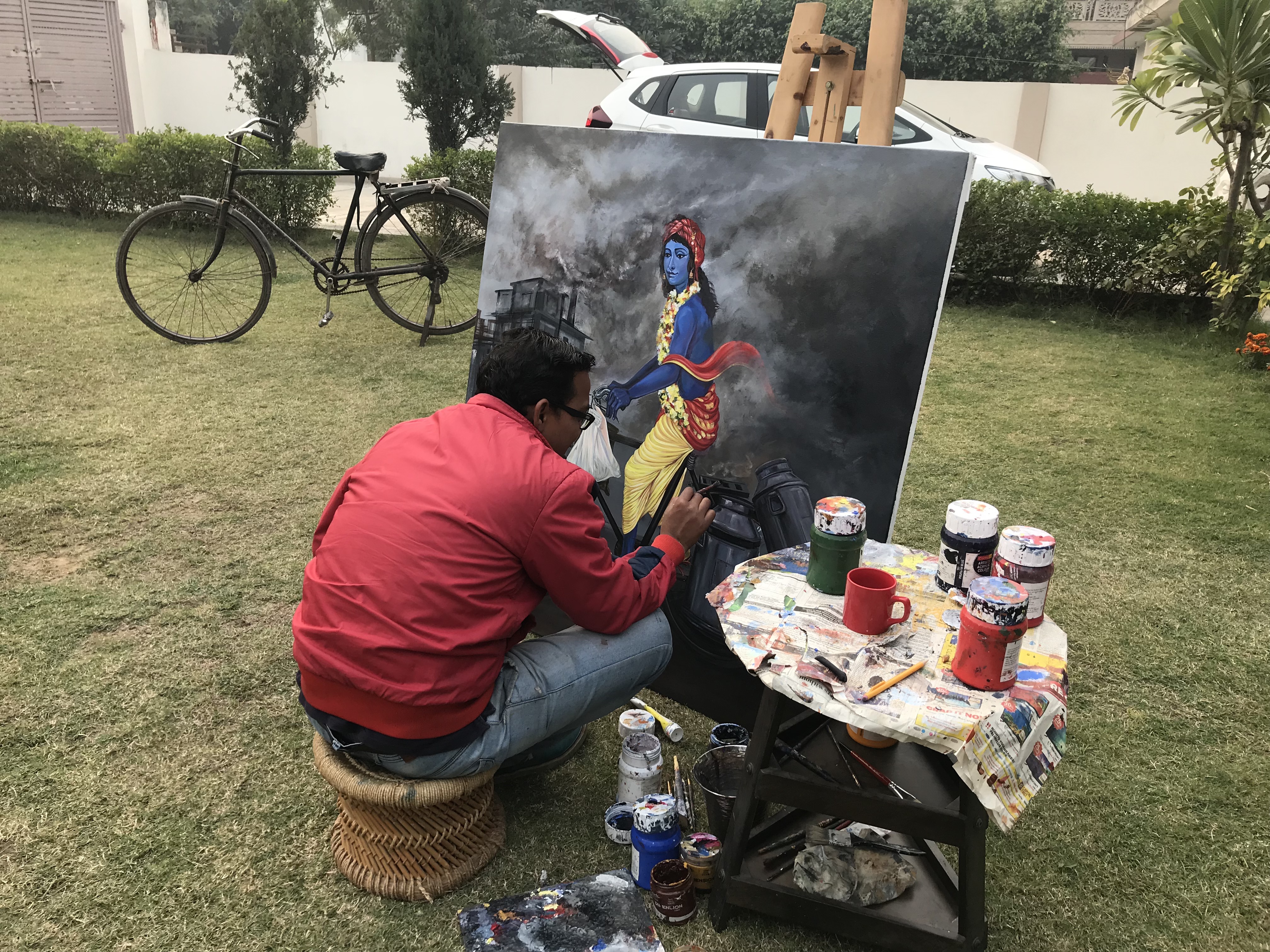 Chand has pursued fine arts, both academically and through exhibitions, with a purpose to achieve something great in the field and to use his artistic skills to make a difference in the society. The creations of Chand cover a wide range of subjects and have a conceptual approach. He attempts to illustrate his ideas in a multi-layered way, such that viewer dissolves into it and gets an experiential feeling.

The city of Delhi, first came into existence more than three and a half millennia ago, when the Pandavas of the epic Mahabharata, established the kingdom of Indraprastha. Krishna – the king, the cousin/friend/adviser of the Pandavas, as well as the cowherd boy (during his childhood, spent in hiding) played the most important role in the establishment of the Pandava kingdom based on righteousness.

The same Delhi, today suffers from pollution and smog. Deeply affected by the state of pollution in Delhi, the artist tries to portray his dismay about the current state of affairs by painting the cowherd Krishna, also suffocating in the once beautiful, prosperous and peaceful land of Indraprastha. 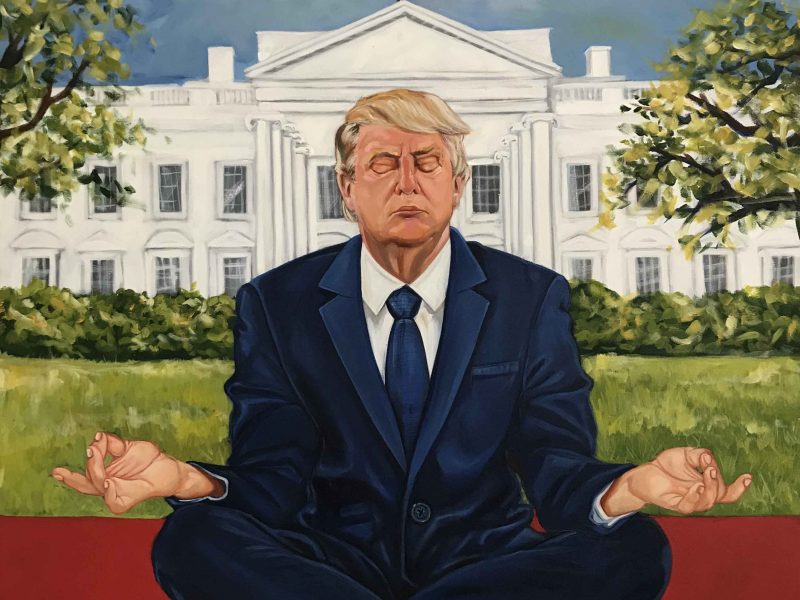