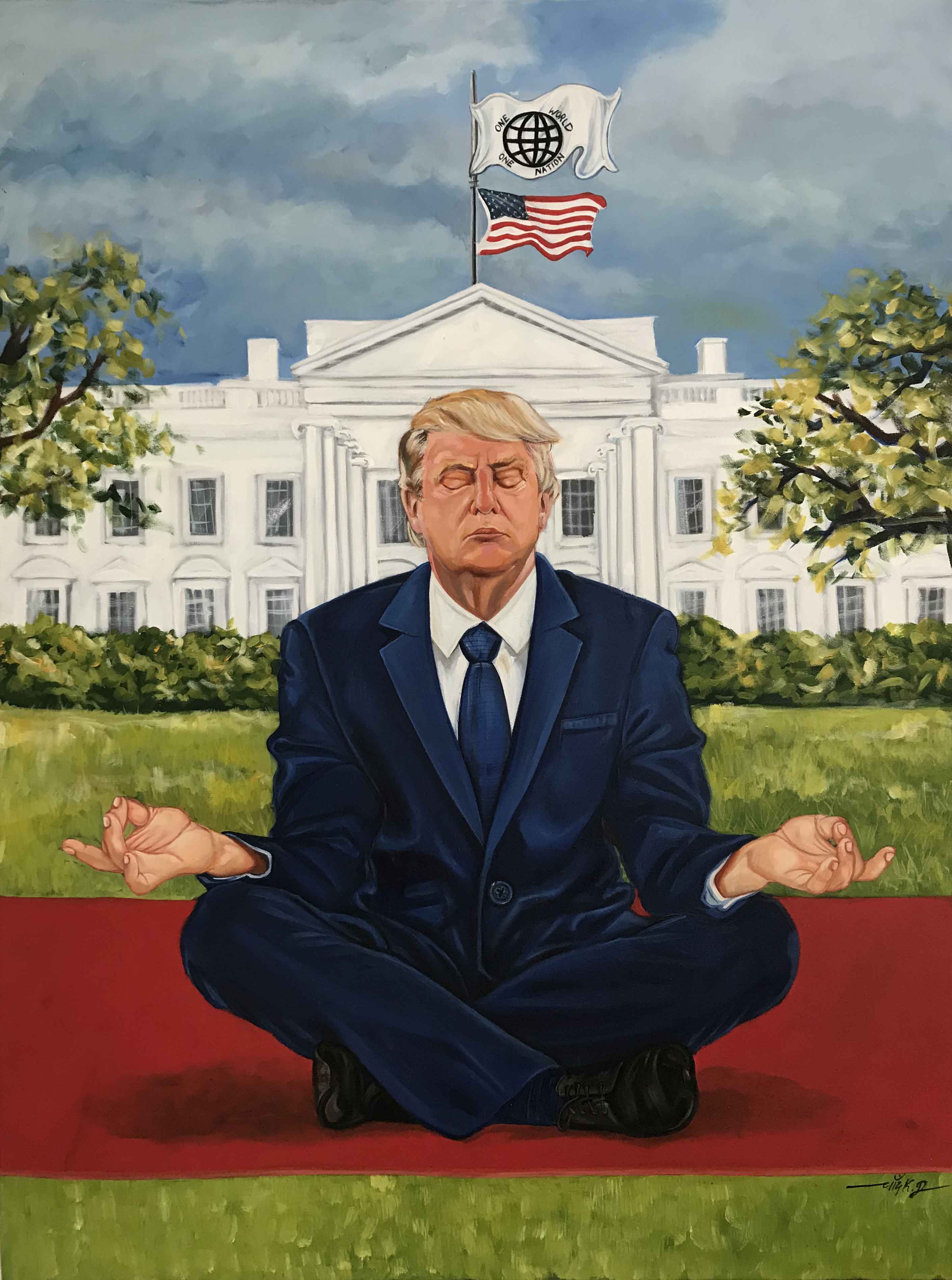 Chand has pursued fine arts, both academically and through exhibitions, with a purpose to achieve something great in the field and to use his artistic skills to make a difference in the society. The creations of Chand cover a wide range of subjects and have a conceptual approach. He attempts to illustrate his ideas in a multi-layered way, such that viewer dissolves into it and gets an experiential feeling.

Soon after President Donald Trump took office in the United States of America, there has been a surge in the number of people taking up meditation  and mindfulness courses. In fact many of these courses were even titled “Trump practice” or “Guided meditation with the words of Trump”. Also souvenirs with the picture of meditating Trump were being sold. We are not joking! Just look up on the net for yourself.

Whatever might be the reason for people to relate Trump’s tenure and meditation, the artist Chand, has most definitely taken the cue to exhort President Trump to take up the regular practice of meditation, through his social art titled – “One World – One Nation”.

Chand hopes that this will help America becomes great again by supporting the concept of “One World – One Nation”, which eventually would become a harbinger of peace on our planet.

On a serious note, if leaders and decision makers of the world become more mindful and develop a more universal outlook, achieving a peaceful world will not be a far-fetched dream but a present-day reality.